New Treatments for Erectile Dysfunction in 2019

Erectile Dysfunction (ED) is a health condition characterized by the inability to get and/or sustain an erection for sexual intercourse. This condition is prevalent in older men, affect an estimated one in five men worldwide. The severity of erectile dysfunction also increases with age.

If not treated, ED can have a severe effect on quality of life for patients and their partners. ED can take a toll on the psychological well-being, self-esteem, and relationships. Most recorded cases of erectile dysfunction can be associated with chronic disorders such as diabetes and hypertension, and the frequency is likely to increase with an aging male population.

What Treatments Are Currently Available?

As of 2018, the first-line therapeutic class for erectile dysfunction is V phosphodiesterase (PDE5) inhibitors. The common drugs currently used to treat ED are sildenafil (Viagra), tadalafil (Cialis), and vardenafil (Levitra, Staxyn). All of these work by relaxing your muscles and boosting blood flow to your penis, making erections easier to get and maintain.

The current dropout rate for ED patients taking PDE5 inhibitors is approximately half after its first year of use. With a chunk of men trying out other methods of treatments. 2018 recorded an increased number of men switching to medical devices for treating ED.

What are the Possible Future Treatments for Erectile Dysfunction?

Although it has been around for almost two decades, Topiglan is another ED treatment option that is currently under investigation. Topiglan is a cream or gel that is applied to the penis (with Alprostadil as its primary or active ingredient). In February this year, the FDA declined approval of the gel.

Clinical tests are still ongoing, and if Topiglan proves to be safe and effective, it could receive approval from the FDA. However, it is still not entirely clear which patients would benefit from its application and whether patients on injection and suppository therapy would no longer have to use these techniques.

Gene therapy is a treatment option on the horizon which could be a major solution to erectile dysfunction. This procedure would deliver genes that produce products or proteins that may not be functioning properly in the penile tissue of men with ED. Replacement of these proteins may result in improvement in erectile function.

Gene therapy has been applied to experimental animal models, and they showed improvement in erections. Human studies may also demonstrate success with this therapy. The first stem cell study for the treatment of ED was published in 2004, since then, there have been several studies published on the progress of gene therapy applied to ED. Gene therapy may take a long time for regulatory approval and public acceptance.

LIST is a drug that is in the works for the treatment of erectile dysfunction. Not much is available online about the drug except the essay published by its producers. LIST works by coaxing the body to produce new blood vessels that help with healing and erections.

The new vessels bring more blood into the penis, which helps with erections. LIST is still experimental, and not yet widely available. LIST could be the first new therapy for treating erectile dysfunction since Viagra’s approval 20 years ago.

According to the initial studies in humans, these drugs should be effective if administered through the nose. The drugs would be administered to men with nonmedical (psychological/emotional) erectile dysfunction rather than physical causes of ED. Larger studies will be necessary to demonstrate the safety and overall effectiveness of these drugs.

MUSE recorded increased usage in 2018, and there is every tendency for it to rise further in 2019. A muse is a small applicator that introduces a tiny pellet containing a drug called prostaglandin into the end of a man’s urethra or passageway to give him an erection.

Before sex, the man will insert the small applicator approximately 1 inch into the end of his penis. The prostaglandin is then absorbed through the passageway into the back of the penis where two spongy tissue filled cylinders, called the corpora cavernosum, will fill with blood to create the erection. Each applicator is good for one time.

The Elator is another device that found favor among men treating erectile dysfunction in 2018. The Elator is a custom-made medical device produced from medical-grade silicon. It comprises two thin bars that slide along the bottom of the penis – to hold it erect with a soft, flexible loop, a latch, and a base ring.

The Elator is approved by the Food and Drugs Administration (FDA) of America and that it has no risk factor. Consider these facts, the Elator can become a stronger competitor for treating erectile dysfunction in 2019. 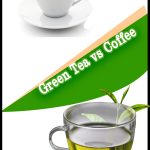 Green Tea or Coffee! Which One You Must Pick?

Green Tea or Coffee! Which One You Must Pick?