Carrying on the legacy of the Kapoor family Ranbir Kapoor has won over Bollywood with his dance moves, and the chocolate boy looks. He is the playboy of the industry who has made his statement with his amazing taste in fashion and sensational hairstyles.

Let’s look at some Ranbir Kapoor hairstyles images for some major hairstyle goals:

In the below Ranbir Kapoor hairstyle pic, he is seen styling a textured short fringe. A perfect hairstyle with every layer defined makes him look more attractive. A short beard with a connected mustache complements the hairstyle.

Ranbir Kapoor latest Hairstyle is a modern, slick hairstyle giving a professional and killer. Go for this hairstyle to style a sharp look, just like Ranbir. He looks dashing in this hairstyle and makes him look mature. With sideburns and a thin beard with mustache, it enhances Ranbir’s appeal ten-fold.

Many Ranbir Kapoor Hairstyles from the film Sanju comprised of varying long hair lengths. In the picture below, he is wearing a cool long hairstyle that steals our heart. Filled with volume, the hair is flipped back and fluffy, giving a childish look to Ranbir.

Ranbir Kapoor hairstyle name stands true. The heartthrob Bunny from Yeh Jawani Hai Deewani stole your heart with his cheesy lines, bright smiles, and energetic persona. This Ranbir Kapoor new hair look will make you weak in your knees. A cute face as his can rock spikes like no other.

Ranbir Kapoor is among the few actors who can pull this hairstyle without a creep. He debuted with this hairstyle in Saawariya and knocked us all out. The front bangs are styled to cover the forehead, and the rest of the hair is left messy. The old-school hairstyle matched perfectly with the flamboyant and carefree character.

Ranbir Kapoor hairstyle 2021 comprises a long mane. He grew out long hair for her character in Rockstar to portray the rebellious and heartbroken upcoming star giving him a serious look. The curly and wavy textured hair upped his style quotient. He also had a Long mane in Sanju to fit in the character of a playboy with style.

The jazzed-up hair is a controlled messy hairstyle, hard to achieve, so kudos to the hairstylist. Ranbir Kapoor short hairstyle comprises tousled and moussed-up waves styled with perfection. Ranbir with formal clothes and Jazzed up hair is an absolute delight. 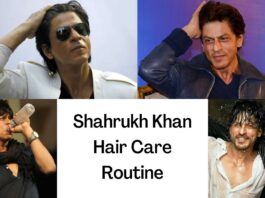 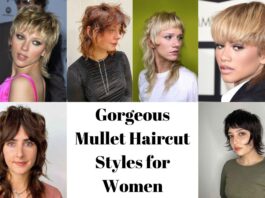