It’s been eight years since Anushka Sharma debuted in Rab Ne Bana Di Jodi opposite Shahrukh Khan. Since then, she has constantly reinvented herself. Today she is a model, actress, and movie producer. She attempts to play different characters and goes through frequent makeovers to keep her style fresh and her fans surprised.

Anushka Sharma hairstyles add to her bold and positive persona. She is fearless when it comes to experimenting with her tresses.

Let’s check out the list of Anushka Sharma hairstyles

Anushka Sharma bob haircut always loved by everyone . Anushka Sharma new hairstyle is classic long bob with a sleek finish. Anushka talked about her post-delivery hair loss and said “When post baby hair fall makes you appreciate a good haircut even more. Thank you @georgenorthwood for this You are FAB!! And @sonamkapoor for connecting us.”

Anushka Sharma styled short hairstyle pixie when working with the perfectionist Amir Khan in PK. It was the first time she styled a pixie and got the whole Bollywood buzzing.

Neatly center-parted bob tucked behind her ears, revealing her metallic ear wraps. She styles tousled waves at the ends.

Anushka styled this feathered side bun for a photoshoot. A deep side partition and slightly lifted texture make this sideburn exotic. This bun hairstyle portrays her dynamism.

With a sleekly pulled-back top, Anushka Sharma rocks a half ponytail. With a T-shirt and jeans, she creates a casual and comfortable look.

Anushka wore a pouf ponytail to Koffee with Karan. The pouf creates height while the hair at the back is tied in a low ponytail making a signature look.

The pretty actress binged this bold hairdo with confidence. This easy and trendy hairstyle displayed her willingness to create something new.

Anushka, with her innocent looks, carried the wavy locks with a wispy fringe. It displays her playful personality.

Anushka styled this chic version of ponytail a center-part. She has been spotted in this hairstyle many times at the airport, at dinner parties, and various outings.

Anushka slayed at the IIFA in a metallic gown with a poker straight and corporate look. Three IIFA wins, and various nominations show how good an actress she is.

A bob with a strong middle part is among Anushka Sharma Latest Hairstyles. She chopped her long hair and returned to a short bob to deal with post-birth hair fall.

Anushka chose to ditch the braided bun and went for a rolled hairdo. Her front manes are rolled and sealed in her twisted bun. She once again created a fresh and different look.

Anushka looked stunning with this retro hairdo. Posing as a dancer in her dance sequence from Dil Dhadkne Do, she made us fall in love with her. The stone-studded hairpin and hand fan added some extra vintage charm.

Among Anushka Sharma hairstyle wedding collection, it paired well with her traditional look. The actress had the whole Bollywood swooning with her sharp eyes and jewelry choice.

This Anushka Sharma Hairstyle name suggests how cute and funk she looked sporting it. All her fans were left in awe as she opted to experiment with fringes, and the results were worth it.

A romantic hairstyle, it paired well with the lovable Alizeh in Ae Dil Hai Mushkil. Loose waves and volume gave Anushka all the limelight.

The side-parted curly bob is uneven and careless. Anushka messed up her bob and created an edgy style. 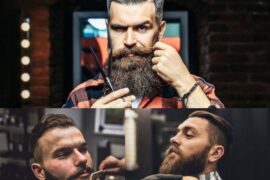 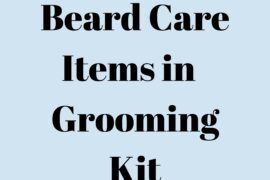 Hair Care
Must have Beard Care Items in your Grooming Kit 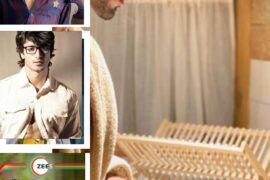 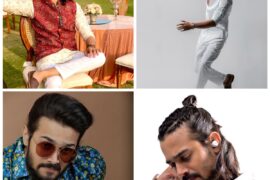